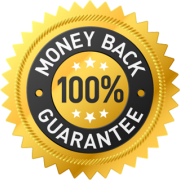 According to the Centers for Disease Control, more than 29 million people living in the United States have diabetes, which is nearly 10% of the population.   However, in spite of the fact that roughly 1 in 11 people have diabetes, more than 25% of people who have diabetes don’t even know they have it.

Diabetes is the 7th leading cause of death, and the risk of death is 50% higher for diabetics than non-diabetics.

Diabetes is a leading cause of kidney disease and failure, accounting for more than 40% of new cases of kidney failure.

The likelihood of developing diabetes increases with age.  According to the American Diabetes Association, more than 25% of seniors (defined as age 65 and older) have diabetes, regardless of whether it has been diagnosed or not.